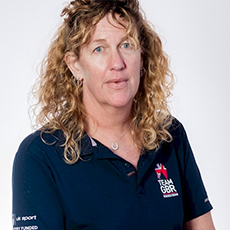 She has lectured and written a number of articles on musculo-skeletal problems in equine athletes.

In 1998 she joined the British Endurance team treating both human and equine competitors, she was invited to be Osteopath for the British para-equestrian dressage team in 2002, working with the squad at home and international competitions, including all world championships and Paralympic games in London 2012 and Rio 2016.