Jim joins equestrian sport from the elite world of rugby, where he spent over five years with Premiership team Harlequins FC, initially as Commercial Operations Director before promotion to Chief Operating Officer, a position he held for three years. Prior to joining Harlequins, Jim spent 25 years in the military, in a variety of roles including Squadron Leader of the Blues and Royals Mounted Squadron and Commanding Officer of The Household Cavalry Regiment.

PA TO CHAIR AND CEO

HEAD OF INTEGRITY AND HUMAN RESOURCES

Jenalynn provides support for the FEI disciplines, working in collaboration with them to manage the regulatory and administrative activities of the FEI. She deals with all FEI calendar matters, invitations and competition schedules, and coordinates the National Federation’s response on FEI Rules revision. She provides assistance in ensuring British Equestrian meets its governance obligations and assists with British Equestrian Appeals and BEFAR Hearings. She also leads on the delivery of British Equestrian’s passport functions and manages our IT systems.

Felicity provides administrative support to Head of Secretariat and the Passport team. She's the point of contact for Para Classification on a national and international level, and leads the administration in this area.

Helen is the main contact for all areas of equestrian safeguarding. She works with Member Bodies to share safeguarding best-practice from across the industry, as well as providing them with access to specialist advice and assistance when they need it.

Caroline acts as the Team Manager and Chef d’Equipe of the Dressage Team at Championship level, and co-ordinates the implementation and development of systems across the Podium and Podium Potential Dressage programmes in support of continued medal success.

Georgina acts as the Team Manager and Chef d’Equipe of the Para Dressage Team at Championship level, and co-ordinates the implementation and development of systems across the Podium programme in support of continued medal success.

Sophie's responsibilities cover operations and logistics for the British team and World Class Programme activity. She has travelled as part of the “team behind the team” to three Olympic Games, one Paralympic Games and five World Equestrian Games.

Lucy assists with the operations and logistics support for the World Class Programme and British championship teams, and works with the Programme Leader to provide additional support to HSSM and ESSM practitioners and performance analysis.

David coordinates the implementation of the strategy and technical framework for Olympic and Paralympic athlete and coach development to ensure the supply and support needed for continued medal success at Senior Championship level.

Georgie is the central point of contact for British Equestrian Excel Talent Programme and leads the administration of this Programme and helps support the World Class Programme team. 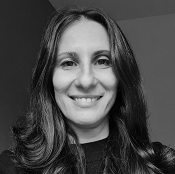 David is responsible for sport development in relation to coaching, facilities and funding. He's the point of contact working with our Member Bodies on local and regional activities in the eastern portion of England.

Winnie oversees communications between British Equestrian and its Member Bodies, as well as with external media and stakeholders.

Rachel assists in communications with Member Bodies and the media. She handles social media, updates the website and works with athletes, partners and staff to find innovative ways of sharing the work of British Equestrian.

Stephen oversees day-to-day finance function, ensuring that all grants are expended in accordance with the award agreements.