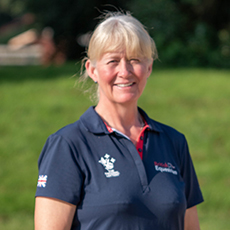 Angela Weiss was originally an event rider, but turned to dressage after winning the Horse & Hound Search For A Star competition in 1986. One of the assessors was top dressage rider and trainer Ferdi Eilberg, with whom she has trained ever since.