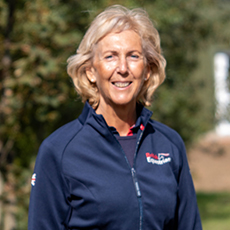 Chef d'Equipe for the Junior and Young Rider European championship teams from 2001-2005, she was also the team manager for the GB equestrian team – dressage and jumping at the Australian Youth Olympic Games in 2009 and has acted as Chef d’Equipe for U25 European Championship teams and senior Nation’s Cup teams over the last couple of years.

In May 2017, Caroline was appointed Performance Manager to the dressage squad, and now oversees the dressage Podium and Podium Potential squads and was Chef d’Equipe at the European Championships 2017 in Gothenburg.