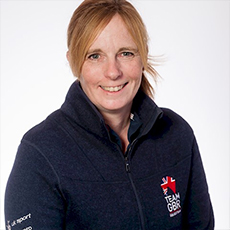 Vicky MSc MCSP ACPAT Cat A qualified as a Chartered Physiotherapist in 1992 and began treating animals as an ACPAT Category A member in 1996. She completed an MSc in Veterinary Physiotherapy at the Royal Veterinary College in 2002.

Vicky was the Equine Physiotherapist for the senior dressage and eventing teams and accompanied them to all major Championships from 2005-2014, including Olympic Games in Beijing (2008) and London (2012). She now focuses on supporting the Podium Potential squads.