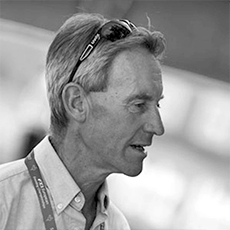 Chris was appointed Eventing High Peformance Coach in 2017, joining the World Class Programme after 16 years with the German eventing team. During this time, he was involved in Germany's two Olympic team gold medals, a team silver, and also three individual golds.

Before becoming a coach he competed in dressage and eventing and was part of the British dressage team from 1981 to 1987 and was crowned national dressage champion in 1984 and 1985. In 1997 he was part of the gold medal winning eventing team at the European Championships at Burghley. A year later, he won Badminton Horse Trials with World Perfect II.

In 1996 and 2000, Chris was the dressage trainer for the British Olympic eventing teams and in 1999, coached the team for the European Championships in Luhmühlen.

In 2001, he became a fellow of the British Horse Society.